A major problem arising from landfills is the discharge of leachate which is formed by water passing through the tip and thus becoming contaminated with various organic and inorganic pollutants. The subsequent movement of the leachate into the surrounding soil, ground water or surface water could lead to severe pollution problems.

The mechanisms by which contaminants are leached out of the waste in a landfill are given below : 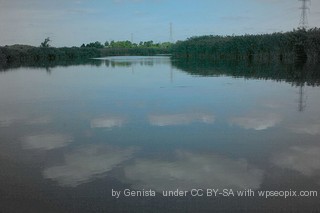 The first way in which contaminants leach is by primary leaching. Dissolution of soluble salts or soluble organic material that exists in the original fill. The dissolved organic material such as humic acids will produce a brown colour in the leachate.

A landfill quickly becomes anaerobic, thus becoming a chemically reducing environments where ferric salts will be reduced to ferrous salts. Ferrous salts are more soluble and thus iron leaches from the landfill. Another means how contaminants leach is via the sulphate in the tip may be biochemically reduced to sulphides, although this may lead to evolution of small quantities of hydrogen sulphide, the sulphide will remain in the landfill as highly insoluble metal sulphides.

(iv)    Washed out Fines and Colloids

Suspended solids and turbidity may be present in the leachate due to the washout of fine solid material from the tip and this is our fourth method  how contaminants leach. Therefore, leachate contains a range of organic and inorganic material that has been washed out of the fill.