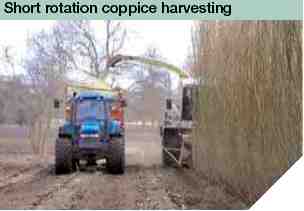 The starting point in any discussion about UK/ EU leachate management techniques is to begin by stating the overriding rule upon which all landfills are operated, in compliance with the EU Landfill Directive.

That is that as far as practicable, the waste will be kept dry and all leachate generation will be minimised by doing this. So the uncovered areas of open landfilling cells are kept as small as possible, and capped as soon as practicable with low permeability materials.

Nevertheless, despite such measures, most landfills do still generate leachate, and the first and most obvious action, when leachate starts to appear, is to recirculate it by pumping it back on to the surface of the waste.

The aim that this leachate will soak into the wastes and not reappear. Certainly, this will be possible for a period of time, under most circumstances and the leachate that does re-appear is consistently, after passing through an anaerobic, methane producing landfill, of lower BOD (Biochemical Oxygen Demand) and COD (Chemical Oxygen Demand). In other words it hasto bee a large extent anaerobically digested.

Other leachate management techniques which do not strictly comprise “treatment”, have been utilised by landfill owners and operators , such as:-

Other common practices include the continued acceptability of tankerage of leachate to sewage works licensed to accept industrial effluent, where there is not comprehensive treatment at the receiving sewage works, and also discharge to public sewers if these similarly lack sufficiently the facilities to treat all the major contaminants of leachate, rather than just diluting it.

How Leachate Changes in a Landfill Over Time
Leachate Recirculation