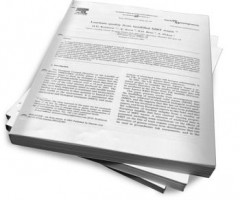 In recent years there has been a trend toward MSW leachates from Sanitary Landfills throughout the world becoming  more similar, however, as Mechanical Biological Treatment (MBT) is increasingly implemented and more Mechnanically Sorted Organic Residue (MSOR) [also known as “residual waste”] is produced  in the supply area for a landfill, so the leachate quality of the landfill will change.

If you were hoping to be told of a significant reduction in the polluting potential of leachate produced from MSOR, from the majority of sources, then this article will disappoint you. Thta is clear from the source for this information, which is the work done by a United Kingdom research team during 2005, which was funded by the UK Environment Agency.

The good news is that usually, but not always, for all the sources investigated by Robinson, Knox, Bone, and Picken; longer composting (as part of MBT processes) did reduce the potency of the leachate produced.

Unfortunately, hard COD values were not found to have been reduced by MBT processing, and reportedly may be two to four times stronger than for equivalent leachate from MSW landfills, which must be a substantial concern for the environment, and entail very high leachate treatment costs. Such leachates are also described as persisting for; “at least several decades”.

The only consistent advantage reported is that leachate from MBT /MSOR wastes placed in methanogenic landfills do not reach the peaks seen in Sanitary Landfills for non-pretreated MSW, during the initial acetogenic stage. So, the on-site or off-site treatment of the leachate may be easier to achieve. In addition, when effective MBT processes are applied, these can reduce concentrations of trace organics, and of Ammoniacal-N in leachates.

The researchers also make a plea that further research be applied to the fate of nitrogen during effective MBT plant processing, so that the effect of MBT on the nitrogen cycle can be as well understood as the carbon cycle, which was not the case when this article was written. There is no evidence in the readily available published papers that this nitrogen research has been undertaken since.

The original paper was published by Waste Management and the article is available via the link below. For copyright reasons we are unable to provide more details, however, if you are interested in a more in-depth understanding of the findings and the issues which remain for leachate management forr MBT and MSOR waste residues, which will become more important in the years ahead, we recommend that you purchase the publication as described below.

Within the paper there are a number of water quality analysis tables for various MSOR filled landfill sites studied, and with judicious use of that data, landfill designers should be able to assess in general terms the leachate strengths which will need to be applied for the design of base lining systems for such landfills.