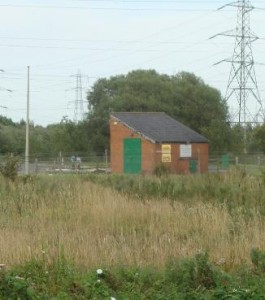 There are two strategies for leachate management. The most common and indeed the only legal way to do manage leachate in the European Union countries is to keep the waste as dry as possible, and not introduce any liquid wastes. That produces the least amount of leachate, and keeps costs low during the infilling of the landfill. These landfills are lined to prevent as far as possible all leachate from getting out and capped to prevent as far as possible any more leachate getting in.

Of course, eventually the lining and the cap will fail and the leachate will be produced, so it is a very dubious strategy to adopt for our children’ sakes, and risks damaging the environment at a date in the future when the landfill owner has no income to do much about it.

The second strategy for leachate management would be to do the opposite.

Make the landfill as wet as possible, which would mean bringing in additional clean water, and flushing the waste before the landfill closes. This produces a lot of leachate but if the leachate was biologically treated before being discharged to a large watercourse, or perhaps an estuary with strong tides to wash the discharge away almost immediately out to sea, the flushing would be very useful to quickly render the waste that remains to become non-polluting, and removing the risks caused by the first option of dry-entombment.

The second option is often called a flushing landfill, but the quantity of clean water needed to do this in a few years is huge and in very few locations would there be enough spare water to enable sufficient flushing.

The Japanese have a form of landfilling which is not a leachate management strategy principally, but more of a landfill management strategy, and that is to turn the waste which is laid quite in shallow lifts, so that it stays aerobic, and they in-effect, compost their waste in-situ, in such landfills. This aerobic composting decomposes the organic content and reduces the leachate hazard to that extent, but it is not clear how this avoids a later discharge of ammoniacal nitrogen and salinity a later date.

A further variant on the wet flushing landfill which has some appeal, on the face of it, is to place the waste into an estuary below high tide level and let seawater flow in and out according to the daily tides. In northern climates where there are large tidal ranges the flushing this could achieve might be so massive that no change to sweater quality would be detectable within metres of the edge of the landfill.

Unfortunately, such landfills would be impossible to justify to the fisheries interests, and to prevent the loss of bits of waste into the sea would be both visually and ecologically extremely damaging, so such “flushing” landfills below high tide levels are unlikely to ever be approved.

In fact, writing this in 2012 it is clear that in the industrialized nations the general public has sensed that landfills are ultimately, quite simply unsustainable. The great majority of people seem to have come to accept that they will have to pay more for waste disposal which avoids waste, minimizes it, and recycles what waste is left.

The buzz word among politicians seeking votes is “zero waste”, and as far as possible this will mean no more waste to landfill. Of course, there will always be a need for some waste to go to landfill, such as, incinerator ash.

However, it Is beginning to look like waste technologies may evolve over the next 15 to 20 years to bring down landfill rates to perhaps no more than 10% of the waste in 2012. In this context, leachate management will quite reasonably continue much as now with the “dry entombment” strategy of keeping the waste as dry as possible, and minimising the leachate volume produced, will continue.

How Do You Treat Leachate?
Landfill Leachate Composition